Why do we let them do it, or maybe the better question how is that they are so innately adaptive and finding a weak spot and digging in so ferociously into our hearts. They grab a space and hold on and no matter what you do they cannot be dislodged and you would not want to dislodge them in the first place. Dogs are amazing, loyal and loving and oh so good at becoming whatever we need them to be in our life. They are a blessing, no other words can describe and no more true statement was ever said than all dogs go to heaven.

Haus did not creep into my life. He stormed the barricades in a clumsy too big for his own good way. I did not want a Labrador Retriever. A few years before Haus came around my ex decided on New Years eve no less that she wanted a dog. We had to give away our dogs because one of the two had become a notorious biter and we had a small baby that would soon be a toddler. Some very good friends took in our two dogs so I was a bit surprised when Celia made up her mind. I had been doing some research on the side of dogs that were loving and not known to bite. I had decided that what we needed was a Collie. So we went out and bought one that very day. A day short of six weeks Sami was like an infant. He slept next to me and I had to get up two to three times a night to let him do his business and play with him. He was very playful. It was not surprising that he bonded with me but it pissed Celia off. She wanted a dog to follow her around.

So one day I came home from visiting my dad and there he was 8 months old, clumsy all feet and head. I had been wanting a hunting dog but before I could buy a Vizsla Celia found a Lab; a black Lab. He was one of 2 brothers sold on the side of the road in front of a Walmart. I cannot remember what she paid for him but she picked the dog that was less interested in playing and more interested in loving. Throughout his life Haus rarely played, ever. What Ceila did not know was that there was not an ounce of alpha in Haus. He was a follower. He followed Sami the Collie, which meant that he followed me. We did not divorce over this, but over a bunch of other things but I got both dogs. Sami loved chasing the ball. He would do it all day if you threw it. Haus would chase after Sami completely uninterested in the ball and just bowl him over. It would leave me in stitches. I used to say he was dumb as a box of rocks in an affectionate way of course. In fact when he was around a year old he ate a rock and we had to have it surgically removed. I still have the rock in a prescription bottle. Over time I completely came to love this big clumsy dog. He crawled inside and dug out a place in my heart. That space got a lot deeper when Sami died of cancer. I thought well now Haus can be number one and get more space next to me which Sami monopolized. Not so. Haus went into a deep sadness that worried me.  He did not want to go out and seemed to look around all the time for his buddy. It broke my heart and despite not feeling like I was ready for another dog I adopted a 3 year old Doberman named Sascha. Haus was in love at first sight even though she was mostly indifferent. Sascha is all alpha. He followed her around incessantly and looked at me like I had brought him the greatest playmate ever. In fact Haus never played as much as he did once she came into our lives. Even when he was tired she would bite him on his ears and get him to paw at her. He never got upset. Haus was loyal, always on the floor next to me a faithful companion with a bark that made you think that maybe he was part hell hound but he was all gentleness. When Sami died he was my pillow and we shared a sadness that only the two of us could know. When my mom died he was pillow again and what I clung to when the sadness overwhelmed me. You could lay on him all day and he would not move.

The last few weeks I could see it coming. He struggled with everything. He would have a bad day and then perk up for a few. Yesterday he went inside his kennel cage, one of his comfort spots where he would retreat when I was yelling at Arsenal or the Dallas Cowboys. He was alert and watched me whenever I came near, his big Lab eyes. I sort of knew that I would have to take him soon or he would die. Last night he passed away, peacefully, looking asleep. He was a great dog. I am thankful for his love and friendship because onl only a mother’s love compares to the sort of unconditional love and loyalty that a dog gives so effortlessly.

Rest in peace buddy. I will miss you. 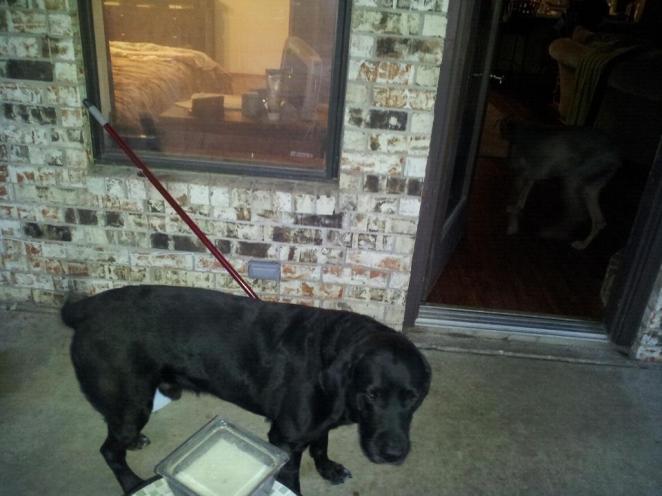 One of my favorite all time movies is an obscure English movie Billy Elliot a movie based on a musical of the same name. In fact the same young boy in the musical starred in the movie. It is a movie about a young boy whose mother has recently died and who lives with his father and older brother who are both miners in England and on strike. As they trudge off to the picket lines every day Billy takes care of his mildly demented grandmother and goes to the gym where he is supposed to learn the quite manly art of boxing. Billy does not want to box. Billy dreams of dancing and so secretly joins the ballet class where he not only shows passion and some skill but gains the eye of the teacher who thinks enough of him to train him privately for a  tryout with the Royal Ballet school all against his father’s wishes. The teacher asks Billy to bring some items that are special to him so they can develop a routine around them. Billy brings a letter from his mother that he was not supposed to open until he was an adult. Billy though had not only opened the letter but memorized it’s contents. And so the teacher reads this touching letter aloud, with Billy saying the words right along with her. It is my favorite moment in the movie. After reading the letter she says, “Your mom must have been a very special lady.” Billy responds with ,”No she was just me mum.” Those words define Mother’s Day to me.

We all spend our childhood if we are really lucky living in a fantasy world. It is part of being a child. We believe that we can be professional athletes, or famous writers. We live in a world of pretend where we can be anything we want. When I was really young I wanted to be a garbage man so I could ride on the side of the truck and jump off of it and back on it. It looked so cool to me. We also think our parents are the coolest of all cools until adolescence when we think anyone older than us are clueless. But as children our parents are unique and special even though in most cases they are quite ordinary doing the best they can to take care of their family and we as children never know how hard they work, how much they worry when we are sick and how they struggle to make ends meet or make their marriage work. These are not things that are part of the pretend world of children. As we grow into adulthood we begin to understand these things and understand that while our parents are special to us they are not a whole lot different from us. We become parents ourselves and really understand what it was like for them.

On June 30, 2012 my mom passed away after a blessedly short battle with pancreatic cancer.  For a few years prior to her becoming ill I had not spoken with her out of some petty anger that I will have to live with for the rest of my life. I saw her in the hospital dealt with all the family anger directed at me and tried to make peace with her, tried to make peace with myself. As much as I try I will carry enormous guilt and shame until I die about how I treated her for that time period. Not to say I was a terrible son, my mom and I were close and she was there every time I needed her; every single time. She was who I came to for wisdom, for a home cooked meal, to spill my guts to about my love life and I could tell her anything. For a long time I lived with her, licking my wounds after life had kicked me around some and during that time she was like my best friend. When I only had a few bucks to my name and a week until payday she would put it all into perspective, that I had paid my bills, that I had food to eat and gas in my vehicle, a job to go to.

After she died I found out just who she was and that all those years ago as a child in my make believe world I had gotten something right; that my mom was special and unique even if she was only me mum.  When my sister and I went to the the bank to open up her safety deposit box we did not know what we would find, but what we did find was fairly typical of my mom. We found the deed to her house, and some old coins all taped to 3×5 cards and written on with her familiar hand. We found 21 one dollar bills and for the life of us could not understand why she would put them in a safety deposit box. So we asked the banker if they had any value and she said not at all unless the year 1963 meant anything to either of us. 1963. It hit me like a ton of bricks, like a punch to the solar plexus. The year of my birth. I don’t know why she chose to collect these one dollar bills, I don’t know if there was any purpose to it at all. She never said anything to anyone. Yet she looked through one dollar bills and when she found ones dated 1963 saved them and put them in  safety deposit box.  She was just me mum. but loved me enough and thought I was special enough to save one dollar bills from the year of my birth. What makes my mom unique and special is how she felt about me.

I still talk to her, miss her madly although  most days its a dull ache there are some days like today when it hits me in the solar plexus. She is the voice in my head and while my life is a shambles right now and I could really use her shoulder to cry on I carry on without her. One day……

I love you mom 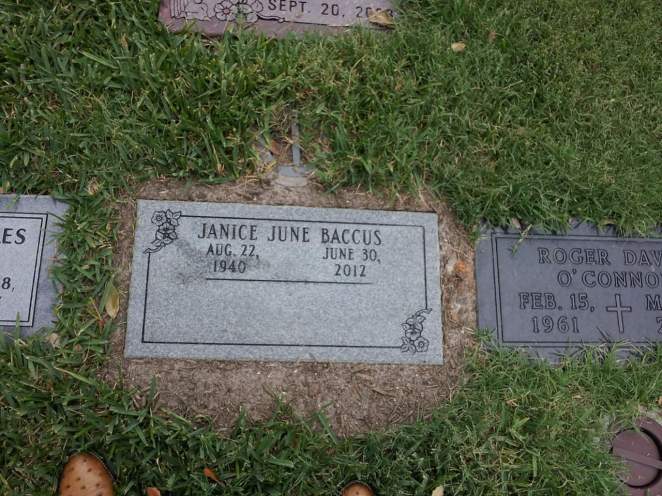